On why has Gnome lost its way.

This blog post is just a personal opinion. I DO respect the work of the Gnome developers. I think they do an impressive job. To prove that, you can read my first review of Gnome 3
I started using linux in 2005. My first distro was SuSE which used KDE by default. After that I have always used Debian which uses Gnome by default. I would be lying to you if I said that I liked Gnome right away. But discovering Debian was 100% love at first sight. I thought that if Debian had chosen Gnome, then that was the right thing to do. I became a gnome man
Getting used to using GNU/linux was not easy at first, and as if that was not enough once I had learnt to use KDE I had to learn how to use Gnome, but I did not care, I just wanted to do things the Debian way.
I remember I used to make a “poor man, rich man” comparison between the two desktops. KDE was the rich man with lots of Kapplications and ease of use.Gnome was the poor man, it came with less applications and if you wanted to have a full multimedia desktop you had to visit your repositories on a daily basis. There was a bunch of gapplications but they were scattered across the net.
But that was not for the worst part of the story. The poor man started getting rich (=bloat) little by little but it was highly configurable at the same time. But that was just some years ago. The developers considered that giving too many options to users was not the right thing to do and they stripped Gnome from many configuration options. That was the end of the Gnome 2 desktop as we know it. I still can't understand the reasons for that. And I think that is where the gnome lost its way: Someone confused simplicity with usability.
I know from experience that keeping things simple is important. The kiss principle which I try to follow whenever I can. However, it mustn't be confused with the idea that “Hiding options will make the software easier to use” I think that it is rather on the contrary. It took me a lot of google time to learn how to turn the location inNautilus (2.30.1) into text (Ctrl + l) It might not seem important but sometimes it is. For example to paste it into the terminal. And so on and so forth.
Let's focus on Gnome 3 now. I mainly use relatively new nvidia cards which are 3D graphics capable. However my unstable (virtualized) and testing (real hardware) machines run into fallback mode. This means an important percentage of usability loss in your desktop. For instance the bottom panel remains there but it has no use at all and what is worse, you can't even delete it. See what I mean?
What? You’re thinking that sure there is a workaround for most things, that unstable and testing are mere transitory stages and that everything will be solved on time? and I do not know how many other real truths. Yes. I agree with you entirely, but man I am a really busy person. I do need an usable desktop. Can't be constantly searching the net to tweak the simplest of options...
But as I was telling you before. I do not blame anyone for this situation. I'll be the first to install Gnome 3 when it is usable again. But for the time being bye byeGnome 3, howdy Xfce 4.
(By the way I had to spend a lot of time to learn how to set the time in Xfce 4. I ended up reconfiguring tzdata to achieve that. ahem ahem)
I will never understand why you need to be root to set your computer time. Please, do not argue “security issues” Did setting the time ever hurt anyone?
Posted by chals at 3:36 PM

Here is to debian 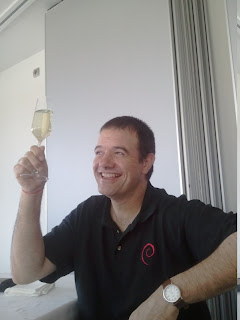 This week I remembered the "free the fish" easter egg in gnome panel. I hadn't used it for a long time but as I was bidding farewell to my Gnome3 in Wheezy I came back to Gnome 2.30.2 to enjoy this cutie. I absolutely have no idea if this is going to be available in Gnome3 so enjoy it while you can.

Installing modified or third-party packages in a debian live image.

I am not very happy with the new Gnome3 desktop in testing and I wanted to build an stable Xfce image to get used to that desktop environment. My config was quite simple, suited for testing:


I wanted to include a really useful utility: nautilus-dropbox but it is non-free (now available in squeeze-backports)

I thought that dropping the desired .deb packages in config/chroot_local-packages wouldn't be enough to satisfy all possible dependencies and dropbox has a bunch of them. At first it does not seem to make much sense installing a nautilus integration extension, however it is a "suggest" and not a "depend". The application is perfectly integrated in the Xfce environment

Now the story goes that I was greatly surprised when I discovered that including modified or third-party packages in your build was such an easy thing to do.

First of all I tried with a simple live-manual-txt file and lemurae (an ubuntu package from launchpad https://launchpad.net/lemurae)

Much to my surprise apt resolved lemurae's dependencies:

So I went for the "real" thing and you know what? It works fine, it downloads the proprietary dropbox daemon and installs it. When the image is finally built you are done. dd to a usb stick and enjoy.

Yet another dual head picture. 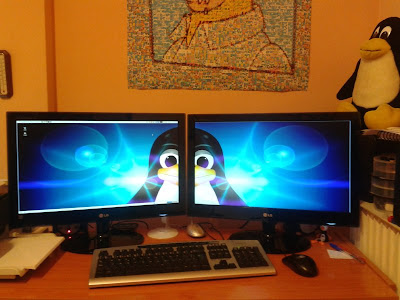 This beautiful picture was taken by Aida. Ta!!!

I use it as a wallpaper on my phone. 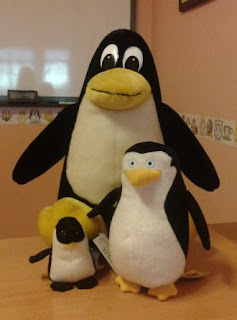