Screenshot of the week 14

And to think that the movie starts with Mulan chasing a hen... and ends up with the Phoenix backing her up is so super

This is a screenshot of Mulan (the movie) taken with smplayer.

I had never seen a caterpillar so big in my life. It is huge. I found it on an olive tree this morning. This afternoon I checked whether it was stiil there and I found a second one.
I cannot help wondering whether they are male and female. If it is true, I might end up having hundreds of them. I hope they don't eat tomatoes. Or they will ruin my harvest ;)

Screenshot of the week 13

Last night I finished watching one of the tv shows I enjoyed the most in my life. That is Terminator. The Sarah Connor Chronicles  The plot is great, the script is awesome and the actors are extraordinary.
I laughed so much with this one dialog between John and Derek (copied from wikiquote):
Derek Reese: Remind me again, why are the boys out here and the girls in there?
John Connor: Because one of the boys is still wanted for murder, and one of the girls is harder than nuclear nails...
Derek Reese: And the other one's a cyborg.
I know it was first aired a long time ago but I didn't have the chance to watch it until recently. Every afternoon I arrived home waiting to watch the next chapter.
I am a huge fan of the film franchise and I must admit that it helped me understand the events in the series much better. And guess what, the series finale is just awesome. I wasn't expecting anything like that, but it is a fantastic ending.
I took a great screenshot with smplayer (by pressing "s") of the final part of chapter 2x19 (there are 22 chapters in the second season) in which you can see the three main characters in a row. WOW what a great picture: Sarah Connor, John Connor and Cameron. I hope you like it. 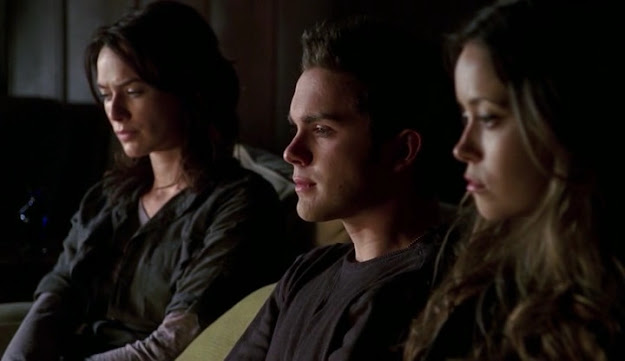 I made the doggo drinking series for a friend of mine. I've got another series named "Other dogs watching as the doggo is drinking milk"

Today I adopted a stray dog. Her name is Rita. It is a pun on "perrita" (little she dog)

I finally could go out to the shop and buy some giant tomato seeds. On the downside, I will have to wait until next February until I can sow them. It is too late now.  (I was unable to get them before due to lockdown.)