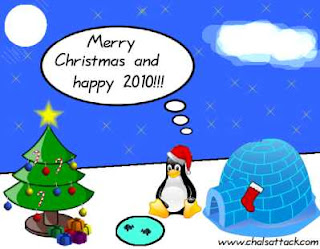 Christmas eve is a very special occasion to enjoy the company of family and friends. I love xmas and I love sharing stories by the fireplace. So it is not likely that I have the time to write these lines in my blog then so I'm doing it right now.

I want to show you my xmas card as well. Drawn with tuxpaint v.0.9.21. A very nice piece of software for these things. Here it is. 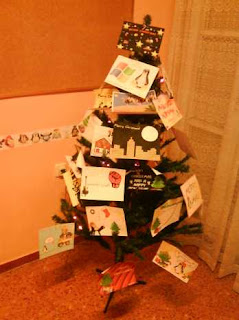 Once again I have prepared the tree to celebrate Christmas.

This couldn't have been possible without the valuable collaboration of all the people who have helped me decorate it.

I really love the drawings you made.

I think you all deserve a prize.

Thumbs up (for Up)

Today I've watched UP the Disney Pixar's animated movie and man I can say it's pure poetry. At least in the beginning. I'm not so sure at the end.

When the story begins and until the house takes off you're hooked on the screen. There is hardly any speech and the action is told with images most of the time. It's so lovely, so emotional, so beautiful!!! But then when they reach South America they come across so many unbelievable things that attention falls down.

Flying away with a house tied to a million balloons is a nice make-believe, especially in the way that it is narrated but later on seeing the main character, an old man with mobility problems, fighting and jumping just like Indiana Jones is not justified in any sense.

But anyway I've liked it. It is worth watching.
Posted by chals at 11:14 PM 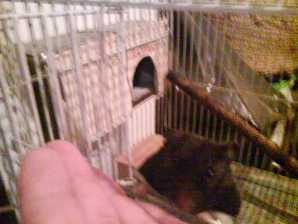 Skippy is thrilled with his new house and so am I. He was too big to fit in his old house and he really felt uncomfortable there. Yesterday I finished this new one and he liked it from the start. He was so happy about it that I was glad I had spent so much time building it. You can't see the details but it is 80% anti-hamster teeth. It's metallic. He can only destroy the front part but I've got a spare one just in case.
Posted by chals at 11:15 PM 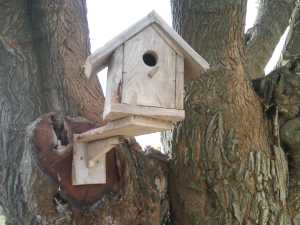 Today I've built a bird house and placed it in the garden. So far it is just a decoration but I hope that during spring a couple of goldfinches decide to build their nest there. They are welcome.
Posted by chals at 11:18 PM 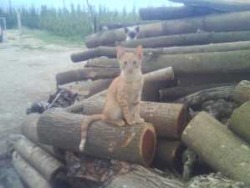 This picture is several months old. I took it one day early in the morning. It's a very nice snapshot of Whisky, my young male cat. And just right behind him you can see his stepsister (no name yet). They really get on well and spend the whole day playing games.


I had forgotten to upload the picture here. My mistake. I think it's a very good one.
Posted by chals at 11:20 PM

I do not remember having used Debian backports before. But I needed to install Wicd and I learnt it is not included in Lenny but you can install it through backports. The process is straightforward.
You have to add a line to your sources.list:

deb http://www.backports.org/debian lenny-backports main contrib non-free
And apt-get update as usual and then

The problem I had was that with network-manager I couldn't automatically connect at startup. I really don't know why because in previous installations it worked perfectly. Maybe it was due to the new drivers or the firmware (iwl3945)
Posted by chals at 11:21 PM